As a writing practice activity, students were given the same color as their group and a blank piece of paper with a place. As a group, they needed to come up with a sentence describing what errand they did at that place using preterite verbs. Then, when time was up they crumpled the papers and threw them around the room. Each team then had to pick up a paper and check for errors. If they fixed errors correctly they would get a point. They also had to write a new sentence and keep from being repetitive. After the writing I used my document camera to check each sentence, give feedback on anything that was incorrect and tally the points for each team: 1 point per correct preterite verb and 1 point for a logical sentence. A few sentences were so creative that I gave them two points. 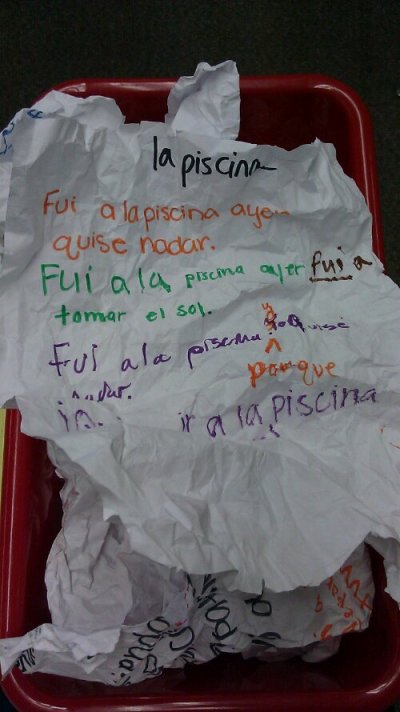 This entry was posted in Uncategorized and tagged doccam. Bookmark the permalink.